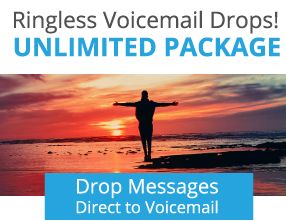 What is Ringless Voicemail

Voicecasting® is our registered trademark of 1997, for Ringless Voice Broadcast services. It is a software system that will deliver a message to someone’s voicemail without ringing their phone. The message is pre-recorded by you, and broadcasted to thousands of voice mail boxes using the Voicecasting system.
Voicecasting can deliver these ringless messages, in the same fashion as a voice broadcast system, but the phone wont ring. This marketing communications tool, expedites the dissemination of your message at a low cost. Voicecasting® Ringless Voicemail Broadcast is a marketing and lead generation tool, for mass marketing, with the use of Ringless Messaging Technology.
Voicecasting is used for both business to business, and business to consumer marketing. Ringless Voice Messaging can deliver your message straight to voicemail, and it works on both Cell phones, and Landline phone systems.

Voicelogic was the first in North America (and we believe the world) to develop, and bring to market this in-house proprietary ringless voice broadcasting system. Since 1997, the ringless software has undergone many updates, refinements, and modifications to be compatible with the most diverse phone systems in the market place. Our ringless software is the most advanced, due to many years of usage in the market place, testing, and customer input. To stake our claim, to Ringless Voice Broadcasting, we named it “Voicecasting”, and trademarked it in 1997, in Canada. As such, Voicelogic is the North American leader of Ringless Voice Broadcasting services.
In 2004, the CRTC approved ringless voice broadcasting as a legal service, complying to CRTC regulations. This CRTC decision was made on October 4, 2004, Telecom Decision CRTC 2004-65, in favor of Voicelogic. Voicelogic was the first to seek and obtain approval from the regulatory agencies for the use of ringless voice messaging, for mass marketing.

Most individuals will listen fully to a voice mail message before deleting, especially to an unfamiliar message. Very few will delete a voice message without learning who it’s from, and what it’s about. This aspect gets your message heard. Recipients return the call at their leisure, instead of being forced to engage with a live voice call, at an inopportune time. This further reduces the annoyance factor. Ringless Voice Mail messaging is much more acceptable, and tolerated than with a ringing phone. The complaint factor will be reduced almost to zero.

Why use Ringless Voice Mail broadcasting?

Almost 85% of your phone calls or customer retention calls never reach a live person, …..they end up in voice mail. Most of your staff can only make 50 to 70 sales calls per day.
Ringless voice broadcasting liberates you from repetitive out-bound calling and repeating the same message or sales pitch into a customer’s voice mailbox. Maximize your time wisely and concentrate on in-bound customer inquiries, from your automated outbound marketing efforts.
With Ringless Voicemail Broadcasting you can focus on what you do best and eliminate the following activities;
All these activities cost valuable time and delay your selling cycle. Pay your sales staff to negotiate and close the sale from inbound calls. Spend less time on repetitious tasks, and accelerate your outbound campaigns with unprecedented speed. With Ringless Voicemail Broadcast you can make thousands of cold calls per day.

What is Ringless Voice Broadcast used for?

Why use Voice Mail as a medium?

Interacting with the Voicecasting® Voicemail Broadcast system is as easy as leaving a voicemail message by phone. You get a secure voicemail box in order to record your message in our central recording system. You can create and record your own script, however we have professionals in-house to help with both the script, and the recording process.
The script can be recorded as many times as necessary to ensure satisfaction. Once the message has been recorded, it is ready to be delivered. You can stipulate when the broadcast will start.
Ringless Voice Broadcasting benefits

Some alternatives to Voicecasting is regular voice broadcasting, or Voicemail Courier, which all send a message to voicemail, but using different methods.

Get Your Brand Noticed Local or National